Jayne accepts briefs in commercial litigation, family provision and family law disputes.  She holds a degree in Law with Honours.

Jayne regularly appears unled in all jurisdictions, and has been briefed as junior counsel in large and significant matters. Jayne also contributes to the Thomson Reuters Practical Law database as an author on the Supreme Court of New South Wales Practice and Procedure.

Jayne routinely appears in both property and parenting matters in the Federal Circuit Court and the Family Court, at both interim and final hearings. Recently, she appeared unled in Re Imogen (No 6) [2020] FamCA 761, a landmark decision of the Family Court of Australia concerning the legal principles relating to the treatment of gender dysphoria in young persons and the Court’s jurisdiction to determine those disputes.

Before being called to the Bar, Jayne was a Senior Associate at MinterEllison, practising in general commercial litigation and insolvency.  Her broad experience extended to bankruptcy, insolvency, complex commercial and contractual disputes, insurance and Royal Commissions of Inquiry.

Prior to being admitted as a solicitor, Jayne was Associate to the Hon Justice M Baumann of the Family Court of Australia. 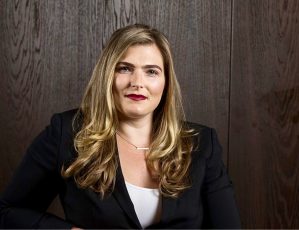